It all started 81 years ago

It all started 81 years ago 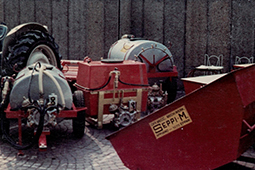 It was back in 1939 that Max Seppi founded SEPPI M., the company now known all over the world and specialised in the construction and distribution of mulchers. Max Seppi, who was twenty-five at the time, became independent with his own mechanical and hydraulic workshop. Despite his young age, Max had extensive work experience. His dream was to realise his innovative ideas independently. With his imagination and inventive spirit, he wanted to create various mechanical equipment aimed at the farmers of his area. Unfortunately, his business was soon negatively affected by the war. 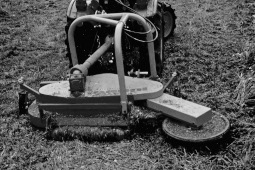 But after 1945, Max was able to resume his business. He started manufacturing machines to facilitate the work of farmers, especially active in viticulture and in the cultivation of apple trees. With just a few employees, he produced bandsaws, tanks, sprayers and, in the 50s, he built the first rotary blade flail mowers. 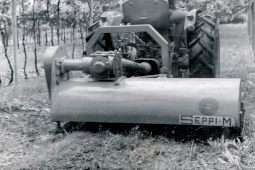 The business changed quite distinctively between the 60s and 70s, when his son became part of the company. As ingenious as Max, his son Luciano started building the first mulchers with hammer rotor. These machines immediately had great success, so much that they created a new working method which completely revolutionised the world of agriculture: instead of collecting the pruning residues and then burning them, all the farmers had to do was pass with their tractor equipped with a Seppi mulcher and everything would be finely chopped. In this way, the chopped grass and branches would remain on the ground and become organic material. 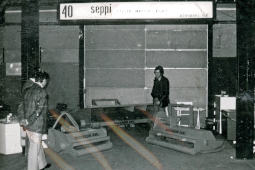 Driven by success and true passion for these new machines, Luciano became the world specialist in the field of mulchers. Already in 1974, he took part in the EIMA fair, exhibiting his mulchers. Soon after, he began to export his mulchers to Germany, the USA, and many other countries around the world. With a continuous increase in requests, both from Italy and abroad, new production needs started to arise: they needed more space and a more industrialised organisation.

1980 was characterised by an innovation: the invention of the first forestry rotor, capable of chopping even thick wood. It was thanks to these innovations that the company continued to grow. This was followed by the construction of a new factory and the expansion into new markets, in Europe, Australia and the Far East. Then new ideas were developed, for example the idea to build stone crushing machines. And so, SEPPI M. continued to grow. 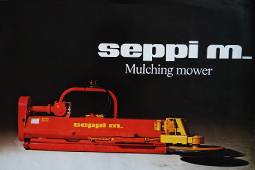 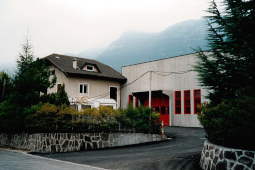 In 1995, the company moved to Caldaro, a South Tyrolean town famous for its good wines. In this factory, in the important local industrial area, the first welding robots were introduced, guaranteeing production speed and precision in working processes. 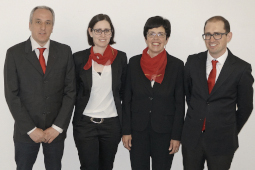 In 2005, the third generation joined the company: Luciano’s children, the grandchildren of the founder Max! The first multifunctional dual-speed mulcher/cutter was introduced on the market - MULTIFORST - and so the new era of multi-purpose machines began. 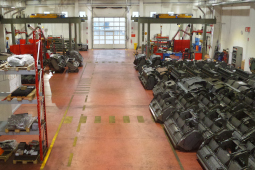 Opening of the new production hall in Mezzolombardo (Trentino). The assembly of forestry machines has been relocated to new workshops, thus enabling the production of forest mulchers to be increased and accelerated. The new location is also the basis for accepting new employees. 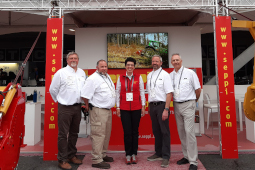 Foundation of SEPPI M. USA as a division of SEPPI M. SpA Italy - The development of the American market requires a new organization that can operate closer to the customer. In January 2017, the new distribution centre for machines and spare parts of SEPPI M. USA was inaugurated in Ohio. 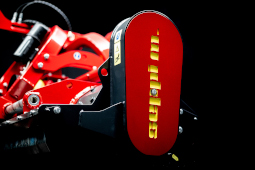 New colors - New design! The traditional SEPPI red is now reduced to a few elements. The base is now charcoal (anthracite black).

In fact, the research and development of new machinery and the continuous improvement of existing ones continue to be at the heart of Seppi’s business. Today, after 80 years, the company's mission is still to be at the forefront with innovative products that facilitate the work of farmers.